I didn’t have a ton of time to make something worthwhile for a relatively impromptu BBQ with some friends today. Thanks to all of you readers for pointing out that the nature of an impromptu BBQ would imply little prep time. Nevertheless, it’s the least prepared I’ve found myself to be. And with a 6 month old daughter constantly in tow at this point, there’s not a lot of room to rejigger the schedule.

Folks were coming to the BBQ prepared. From salads and apps, to grilled veggies, steak, and ribs. What could I make that would fit the theme and make most in attendance happy without taking up my entire morning.

I’ve made stuffed mushrooms on the grill before. I usually go with Parmesan cheese to give the mushrooms a depth and sharpness you can’t get from cream cheese, ricotta, or even mozz. Today, however, I was inspired to try something different. The results are what you see below and I’d recommend this recipe to anyone.

It’s not complicated, but it’s satisfying. See for yourself. 🙂 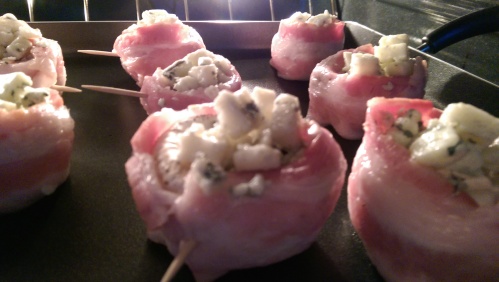 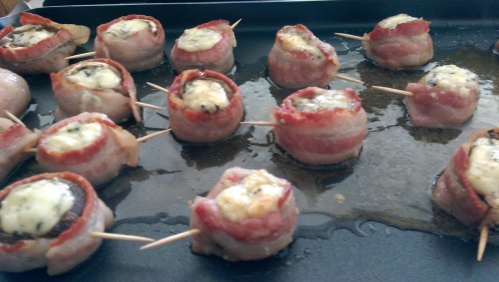